“In the blink of an eye his hands turned to feet and his feet, in tumbling turns, attacked with the violence of a piledriver. A thousand times he disappeared into his own supple, lean body like a reed, and a thousand times he reappeared, avoiding the blows of the old sword, efficiently used by the simple men of the people, and now nothing could be done against the mulatto on his own.” (Mario Lago)

The above epigraph carries a description of the first image that Mario Lago had of Madame Satan, in the 1930s Lapa district, as recorded in the book In The Roll Of Time. Just like in this example, the corporal adventures of the celebrated scoundrel illustrated numerous texts and narratives on Lapa and Cariocan roguery. Whether it be for freely assuming and exercising his sexuality, or for being recognized for the strength and agility of his capoeira blows over his opponents and defeats, João Francisco dos Santos, also commonly known as Madame Satan, stood out precisely for putting on stage a body that defied the norms.

Coming from the Pernambuco backlands as a teenager, João began to reside in Lapa’s underworld among prostitutes, foreigners, scammers and Bohemians. He acquired the nickname of Madame Satan in 1938, but he was already known well before that from the streets of Lapa and the newspapers’ police pages. The daring and homosexual black man, a renowned capoeirista, who circulated around the bohemian setting of Lapa, eventually providing protection services to nightclubs and small rackets, gradually became famous, especially from appearances in a media which at that time was based on the spectacularisation of crime.

He stated that he was born in 1900. In other words, the character of Madame Satan is being shaped alongside Brazil’s modernization process in the early twentieth century. One of the challenges of this “modern State” would be to deal with the marginal elements to the rationality and morals that would constitute a “modern society”, so in this case former slaves, descendants of slaves, immigrants and an entire illiterate population on the border of destitution, which lived in a world divided, difficult to understand and control. Excluded from the event-filled social processes, this marginalized population, made up largely of blacks and migrants, created its own codes and norms, with its characters and social actors, and among them the rogue or malandro. 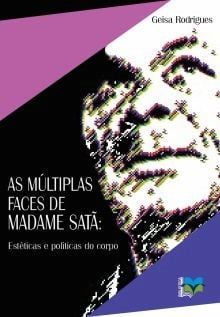 The Lapa scenario was marked by the strong presence of elements of Afro-Brazilian culture, such as samba, capoeira and cuisine. And if on one hand, early twentieth-century  Brazil a project of whitening the population was taking place, encouraging the arrival of immigrants from European countries, on the other hand there was a process of “Africanization” and reaffirmation of black culture, mainly with the increase of the flow of former slaves from Bahia to Rio de Janeiro, who were fundamental in the process of urban and socio-cultural reorganization of the city. Undoubtedly, the elements of this popular black Cariocan culture, such as samba and capoeira, would form strategies of cultural resistance of the marginalized black after the abolition of slavery.

But if these components operated initially as a resistance strategy, there was also the moment when they were reappropriated to form a national identity that politically interested the State at the time. This process of “domestication” mainly involved integration with the cultural industry. In a review of Jorge Caldeiras’s book A Construction of Samba, journalist and writer Fernando Marques observes that this author points to a certain symbolic agreement in which the elites began to endorse the genre, mainly because of its commercialization. Differing from the idea of ​​samba as a space of exchange between communities and social classes, Caldeiras points out that this appropriation contributed to the creation of a mythical landscape, of an image of a country favourable to the regime of Getúlio Vargas.

In fact, the establishment of the ‘New State’ (Estado Novo) in the 1930s corresponds to a moment of transition to a modern Brazil and, together with several other factors arising from “modernity”, enacts the extinction of Lapa as a popular republic of roguery. The cultural transformations of samba, capoeira and roguery (malandragem) among others, being elevated to the category of national symbols, were attached to new political, economic, social and cultural meanings and representations, in an attempt to control their messages as cultural production of the popular classes. In the same way, the body of Madame Satan also suffered with these modifications. In 1946, he began to stay in one prison after another. In the decade of the 1950s he spends a long time in the prison of Ilha Grande [Translator’s note: An island off the coast of Rio]. As he recounts in his memoir, he is 62 when he returns to Lapa in the 1960s. “There was more Lapa in my heart than in those new streets and buildings that were rising in place of old structures.” The old body of a tired rogue decides to establish residence in a house on Ilha Grande. Satan begins to live on Ilha Grande, cooking out, doing household chores in homes of former officers and prison officials, and raising foster children.

In 1971 Madame Satan is “rediscovered” by journalists from O Pasquim, gives an interview to the newspaper that brings him back to fame, though temporarily, and a year later “publishes” his memoirs. He returns to Rio de Janeiro, participates in plays and shows, but soon returns to Ilha Grande. According to some testimonials, he was preparing a second volume of his memoirs. In 1976 he passes away of lung cancer. His body is buried in the cemetery of Ilha Grande. But over the years Madame Satan will still be figured and reconfigured numerous times, from different points of view and from different political contexts and affiliations, being constantly reinvented, in books about Lapa and malandragem, academic works, as a plot of carnival samba schools, a name of a nightclub and community radio, a comic book character and a novel, and a theme of film and plays, among others. And from time to time, one hears the echo along the lines of:

Here is the rogue on the public square again.

Geisa Rodrigues Leite da Silva holds a MA in Communication from the Federal Fluminense University and a PhD in Literature from PUC-Rio. She is a lecturer in the Department of Social Communication at UFF since 2003 and associated researcher of the BITS – Núcleo de Pesquisa, Produção e Extensão Multimídia da Comunicação Social. Her book, As múltiplas faces de Madame Satã (EdUFF 2013), is the most complete study of the character.

(Translation from the Portuguese by Sophia Pinheiro Vergara)