Many musicial bows are historically documented in Angola, and a number of them are still played today. Among the Nyaneka-Nhkumbi we identified three types that seem  particularly relevant: Mbulumbumba, Onkhondj e Nkweya-Nkweya. 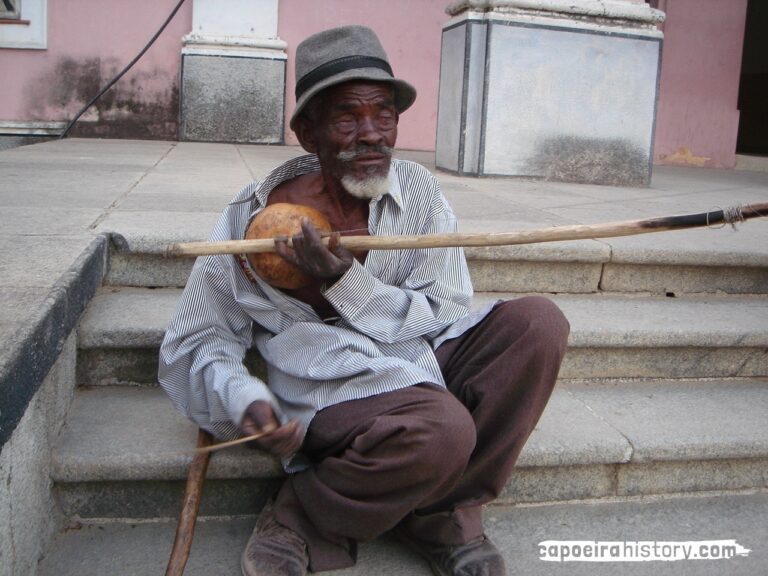 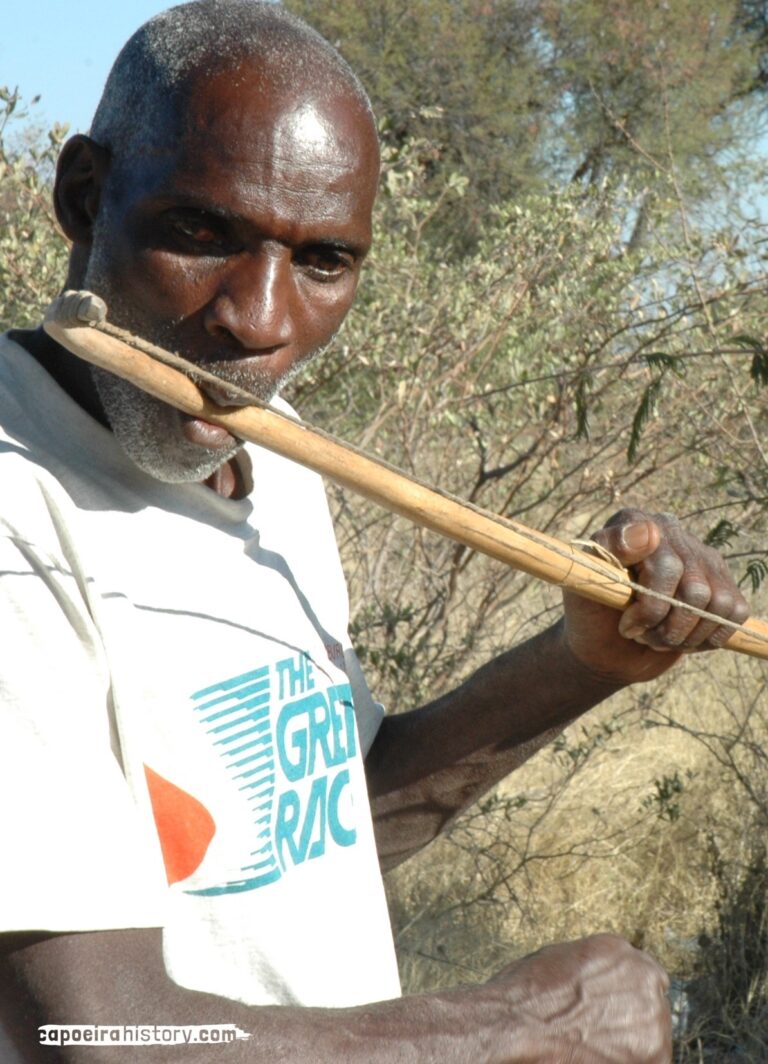 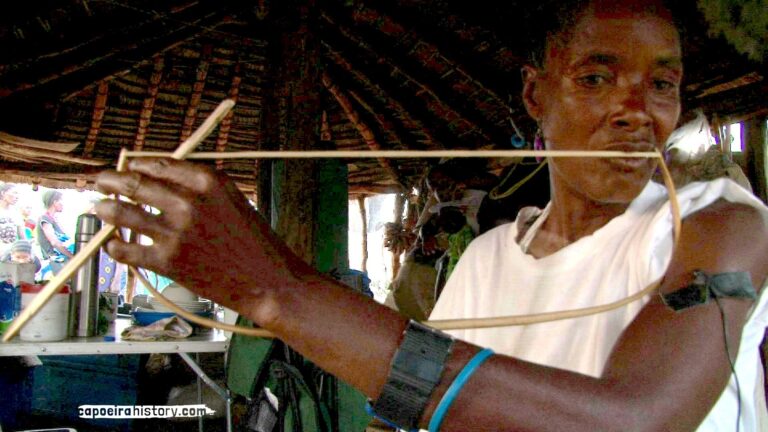 The mbulumbumba is one of the few gourd-resonated musical bows in Southern Africa that is played obliquely rather than vertically. The subtle modulation of the notes, produced by the player’s thumb manipulating the string, allows the mbulumbumba to act like a second voice in accompaniment to the singer’s melody, repeating or giving variation to the main theme of the song.

The mbulumbumba has often been associated with young people or those who have adopted a nomadic lifestyle, earning their living by playing the instrument. It is therefore not considered a very prestigious instrument compared to the mouthbow onkhondji played by cattle herders. Furthermore, the possibility of embodying the spirit of an ancestor who played the instrument earned it the disapproval of missionaries suspicious of such “pagan” traditions.

This Mouthbow is commonly used by individuals for their own amusement. A deep bass sound is produced in the mouth cavity, with overtones generated on the vibrating string of the braced bow. In rural areas, men play the mouthbow onkhondji in order to stay awake when herding their cattle in the pastures.

The repertoire of the onkhondji can vary; players may refer to particular situations with their cattle by imitating the gait of their animals on the instrument. The melodies of the herders’ own traditional songs can also be rendered through the overtones on the string of the bow. The instrument can moreover act as an accompaniment when telling anecdotes or when in dialogue with other herders.

Christine Dettman wrote The Calf of the Wild: Sound, Embodiment, and Oral Poetry among Cattle Herders in Southwestern Angola, a more detailed article about onkhondji, which you can download here.

This mouthbow in the form of an “U” seems to be mainly played by women, also for their own amusement. We have not managed yet to obtain much information about this musical bow and its use.