Born in Macaé (RJ), on August 14, 1957, Manoel da Cruz Vieira, Mestre Dengo, is one of the main figures in the spread and growth of capoeira in the so-called "lakes region" and the north of the state of Rio de Janeiro.

His sustained activity as capoeirista and then master has contributed to the training of many capoeiristas and mestres in this region of the state of Rio de Janeiro, from Rio Bonito (RJ) to Campus dos Goytacazes (RJ). And, without any doubt, the history of capoeira in Macaé is inextricably linked to the life and trajectory of Mestre Dengo.

Mestre Dengo started training capoeira in the early 1970s in Macaé, but his love and reverence for capoeira begins with an old cultural radio programme, the Minerva Project, created by the Educational Broadcasting Service (SRE) of the Ministry of Education and Culture. Created by the military regime, the programme went to the air for the first time on Sept. 1, 1970. It’s function was to educate and alphabetise adults. All broadcasters in the country were obliged to transmit it, broadcast after the programme “Hora do Brasil” (“The Hour of Brazil”).

According to master Dengo himself, it was in this programme, in the sessions dedicated to Brazilian culture and folklore that he heard about the slaves’ fight for freedom, their escapes from the slave huts to the quilombos (maroon settlements), and the feats of the persecuted capoeiras.

It was also in this radio programme that he first heard the rhythm of the berimbaus and the beating of the atabaques, as well as the melancolic songs about the suffering of the enslaved black people. Mestre Dengo himself says that he loved to listen to this radio programme and that he never missed any session because it talked about capoeira, about the Afro-Brazilian culture, about the Brazilian folklore. “When the moment came, I would run to the front of the radio and stay there listening to the narration of the speaker (…) I was touched in a way that I would never feel in my life. A tightness in my chest, as if I was living that moment”. (Mestre Dengo, unpublished autobiography)

Between the Minerva Project programme and the meetings with his cousin from Rio de Janeiro, Carlos Ribeiro, to go to the soccer field, near his parents’ house, to “to kick each other”, his passion for capoeira grew and he began to want more than “to play kicking and jumping”. (Mestre Dengo, unpublished autobiography). That’s when he started training with Mestre Levi (Duque de Caxias), who was born in the city of Campos, but grew up in Macaé, and was one of Mestre Dengo’s great childhood friends. Both would meet at the Luiz Reid Gymnasium to play football, but after the game they would always play capoeira. With mestre Levi, mestre Dengo really began to train and learn capoeira, as he himself states: “with him I began, really, to learn the art of playing capoeira. He had the patience to teach me how to ginga and show me the first steps” (Mestre Dengo, unpublished autobiography). In this context of capoeira in the streets, beaches, gymnasiums and hills of Macaé, Mestre Levi, who at the time had not yet received the title of master, created, together with Mestre Dengo and other friends, the first capoeira group of Macaé, in 1974, the group Silêncio com a Fera (Silence with the Beast). But the group disbanded a little later when Mestre Levi moved to Duque de Caxias.

In order to follow the capoeira trainings with Mestre Dengo and his friends who participated in the group Silêncio com a Fera linked up with the newly graduated teacher Pavão (Paulo Ribeiro), who was from Campos and a student of Mestre Cabrita (no longer active in capoeira). Dengo and his capoeira companions in Macaé, in this period, followed the training with professor Pavão. In 1979, he graduated Dengo himself as a capoeira teacher. After graduating, Dengo started to give capoeira classes, firstly in a space of the Town council , where the current Macaé Town Hall building is located. Later, in the year 1980, he started to give classes in the space of the Railway Workers Union.

At the beginning of the 1980s, master Dengo consolidated himself as a capoeira teacher in the region and choose to continue his capoeira training in a new group, the Associação de Capoeira Angonal, created by Jorge Leite, master Bocka, in São Gonçalo (RJ). Dengo was invited by the president of the association himself to join the movement, being part of Angonal for almost 20 years, until he left in 1999. During this period he was graduated contramestre and master by mestre Bocka.

Still in 1999, mestre Dengo began his trajectory as coordinator of his own group when he created the Associação de Capoeira Raízes de Aruanda, in Macaé. As master and president of the Associação de Capoeira Raízes de Aruanda, Dengo develops innumerable social projects with capoeira in peripheries and schools in Aroeira, Botafogo, Barra, Barreto, Morro de São Jorge, Imbetiba and Sol y Mar, all neighbourhoods of Macaé. In this way, M. Dengo and his capoeira group Raízes de Aruanda, contributes to the education and welfare of many children and adolescents that live in areas of risk and social vulnerability. Such projects and social actions have as main guidelines the dissemination of Afro-Brazilian traditions and popular manifestations, the work in peripheral areas and with populations in situations of social vulnerability, the formation of identity bonds and development of self-esteem of the black and poor population, and the strengthening of community and collective traits. Many of the children and youngsters from these peripheral areas went on to become capoeira mestres, contramestres and teachers. 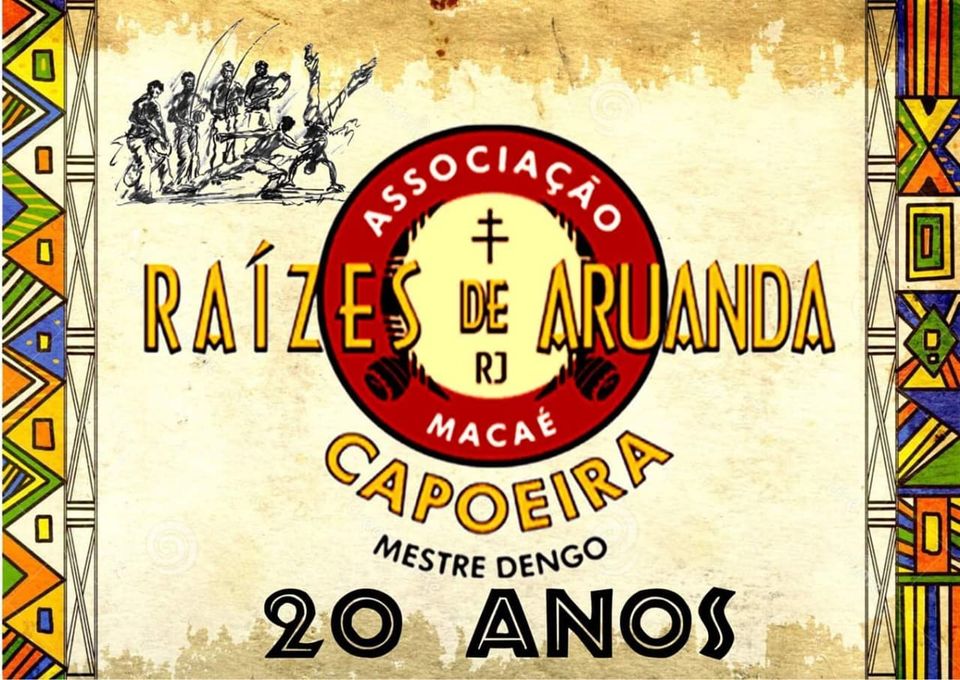 Generally speaking, Dengo and his contemporaries learned and trained in capoeira independently and almost self-taught, for they began their careers on the streets, beaches and clubs of cities such as Macaé and Campos, among others. Despite the existence of large groups such as Associação de Capoeira Angonal, of the Senzala group (Cabo Frio) in the region since the 1980s, many boys and girls would meet in the streets, squares and beaches with friends who knew a little capoeira and there they would start their first steps, as happened with M. Dengo in his partnership and friendship with M. Levi. Over the decades, as M. Dengo and other older masters from the region, such as Bocka and Machado (São Gonçalo) became more established as mestres and expanded their groups and work, children and young people from the region began to look to these as references and places to learn capoeira. In this way, the generations of capoeiristas that emerged in Macaé, Cabo Frio, São Pedro da Aldeia and Rio das Ostras from the 1990s on didn’t need the great masters from the city of Rio de Janeiro and the big groups to train or to improve as capoeiristas.

When M, Dengo makes references to places and masters who helped him form capoeira, or with whom he had friendships and partnerships, he mentions Duque de Caxias, Niterói (RJ), Vitória da Conquista (BA), among others, through the presence of mestres such as Levi, Formiga, Pantera, respectively, but makes little or no reference to groups and mestres in the city of Rio de Janeiro. In fact, M. Dengo represents a capoeira from the interior of Rio de Janeiro, though connected to other cities in the state and the interior of Bahia, without having much contact or involvement with the capoeira practised either in the city of Rio or in Salvador (Autobiography).

The second feature of M, Dengo’s capoeira, and of capoeira in the Northern Fluminense region in general, is its deep ties to local popular cultures and traditions, especially those of African origin, which are present in the daily life of many of the region’s capoeira groups. Thus, jongo, samba de roda, maneiro-pau, songs and themes dear to the communities of Macaé and nearby towns, are part of the training and work repertoire of many capoeiristas. M. Dengo himself has a strong connection with Afro-Brazilian religiosity, as well as making and teaching jongo and rural samba de roda. He usually says that his influences in samba de roda, for instance, are linked to Bahia, especially to the city of Serrinha (Bahia). On the other hand, the influences received from the jongo come from places close to Macaé, like the Quilombo Machadinha, in Quissamã, or the jongo groups from Cabo Frio.

The headquarters of the Associação das Raízes de Aruanda (Macaé) hosts various actions and events related to popular festivals and important dates for the Afro-Brazilian community, as well as celebrations of religious dates, whether of Catholic or of African origin. Always after the weekly trainings (Tuesdays and Thursdays), M. Dengo gathers students and visitors to play and sing capoeira rhythms and songs, besides jongo points and samba de roda songs, which ends up becoming a workshop of rhythms and Afro-brazilian percussion. Furthermore, Mestre Dengo has been organising jongo circles and workshops on Friday evenings for a few years now. On Saturday nights (until before the pandemic of covid 19), the roots of Aruanda of Macaé received important roda de samba, recognized and frequented by the community of Macaé and surrounding cities. This relationship and coexistence with other Afro-Brazilian cultural manifestations and transformed into pedagogical actions for the teaching-learning of capoeira, by M. Dengo (and other mestres and capoeiras), promoted and promotes the formation of a generation of capoeiristas with great rhythmic-musical knowledge and with their feet firmly planted in Afro-Fluminense and Afro-Brazilian roots.

The work of M. Dengo extended beyond the borders of Macaé through the teachers and mestres trained by him in these twenty-two years of existence of the Associação Raízes de Aruanda, taking capoeira, jongo and rural samba to other cities and towns in the region, such as Cabo Frio, Campus, Rio das Ostras and Rio Bonito, where there are nuclei of the Raízes de Aruanda, coordinated by Mestre Coelho. Some capoeiristas were trained as masters within the Raízes de Aruanda, like Mestre Ivo (already deceased), Mestre Grande and Mestre Marcelo (Macaé), M. Coelho (Rio Bonito), Mestre Pingo (Cabo Frio). In Rio das Ostras, Mestre Mistério has Dengo as his master, despite not having been graduated by him.

Today, at the age of 64, M. Dengo, with his welcoming and affectionate way of being, and with an enormous willingness to train and teach, continues to transmit the knowledge of capoeira and Afro-Brazilian traditions to children, young people and adults, looking to the communities and traditional peoples around him, valuing a capoeiragem outside the large urban centres and capitals, deeply rooted in a black identity of Rio de Janeiro, which has in the batuque, the atabaque and the ginga the strength of an Afro-diasporic heritage. 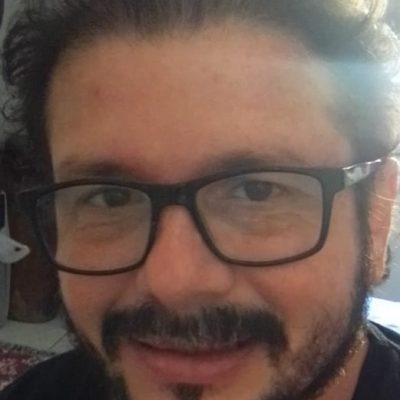 Salvio Fernandes de Melo was born in São Luís (MA), in 1977. He holds a degree in Philosophy from the Federal University of Maranhão (UFMA) and a PhD in Letters, Literature and Performing Arts, in a co-supervision arrangement between the State University of Londrina (UEL) and the Université Paris-Ouest Nanterre la Défense (Paris, France). Currently he is an Assistant Professor at the Institute of Humanities of the University of International Integration of Afro-Brazilian Lusophony (UNILAB). Author of the book “A mandinga da voz e do corpo na capoeira angola: Oralidade, Poesia, Performance (2014 – Novas Edições Acadêmicas). He started capoeira in 1998 in the city of São Luís, but since the year 2000 he is part of the Capoeira Angola School of Laborarte (MA). He was graduated capoeira teacher by master Nelsinho from Laborarte in 2018. 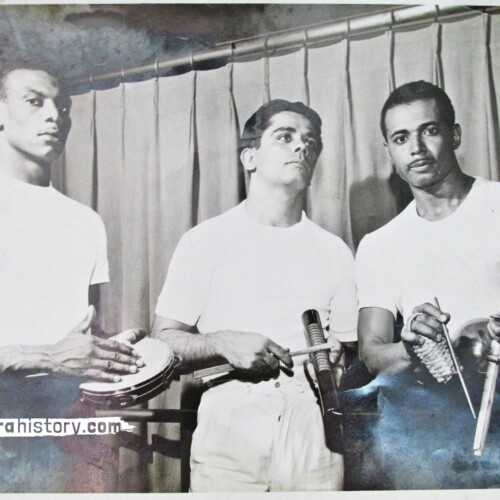