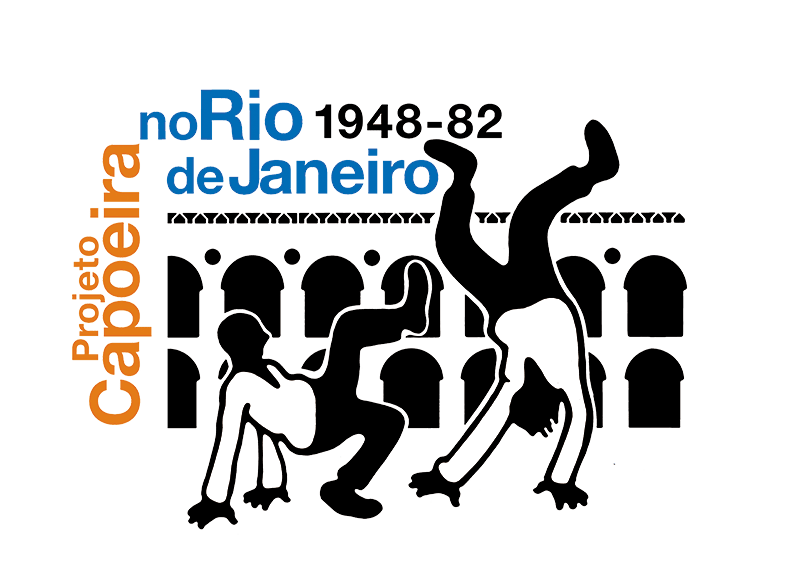 Capoeira is an Afro-Brazilian martial art that combines singing and percussion with dance, combat and street theatre. Two practitioners play a ‘game’ within a ‘circle’ formed by the musicians and other participants. Enslaved Africans and Creoles developed the practice in the port cities of late colonial and imperial Brazil. Its first practice is documented in Rio de Janeiro at the beginning of the nineteenth century. Capoeira survived initial harsh repression until being recognised as a national sport and tradition in the twentieth century.

Two competing styles – Regional and Angola – were responsible for its modernisation in the 1930s–50s. Developed initially in Salvador da Bahia, those styles were brought to Rio by Bahian migrants in the 1950s, were they merged during the following decades into the current mainstream ‘Contemporary’ style, now taught and played around the world. The capoeira circle and the knowledge of capoeira teachers  (“masters”) were recognised by the Brazilian government as integral to the nation’s intangible cultural heritage in 2008, and by UNESCO in 2014. The expression “Contemporary Capoeira” is not much more of than a  vague umbrella term for the many styles practiced at present: from “Contemporary Angola” to the capoeira practiced by adepts of MMA (Mixed Martial Arts), and it includes many styles that emerged as hallmarks of the big capoeira groups which originated during this period in Rio de Janeiro, such as Senzala, Muzenza, Abadá and many others.The project aims to better understand the emergence of Contemporary Capoeira by gathering material from different sources. The project team is conducting interviews with capoeira masters from the first and second generations, responsible for the development and expansion of the new, modernised style of capoeira during the 1950s–80s in ‘Greater Rio de Janeiro’ – which includes not only the city centre, but also its poorer suburbs and its marginalised periphery.

The project is also systematically collecting further material from local sound, image and newspaper archives to complement and corroborate these testimonies. With the help of some well-known and respected capoeira masters, who are acting as project consultants, it will furthermore encourage the local capoeira community to donate materials such as old interviews or photographs. The collected material is organised and stored in digital format, in close collaboration with our project partner, the Laboratory of Oral History and Image (LABHOI) at the Federal Fluminense University. Given the advanced age of the masters of the first and second generations which are still alive, and the absence of dedicated capoeira archives or libraries, the project aims to rescue this rich memory and make it accessible to practitioners and a wider interested audience.The results of the research and the contributions of consultants and other collaborators will be made available on the project website. If you would like to contribute with photographs or audio-visual material from the years 1948-82, or write a blog about a relevant topic, please get in touch through the email capoeirahistory at gmail.com.

This project is funded by the Arts and Humanities Research Council – AHRC, 2018-2019 and based at the University of Essex.